Washington, March 5 : The US Department of Commerce added Myanmar’s Ministry of Defence, Ministry of Home Affairs, and two commercial entities to its trade blacklist. 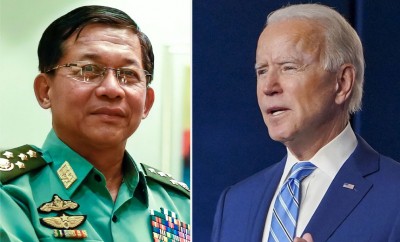 A one-year state of emergency was declared in Myanmar after President U Win Myint and State Counsellor Aung San Suu Kyi, along with other officials from the National League for Democracy (NLD), were detained by the military on February 1.

The military had alleged that there was massive voting fraud in the country’s November 2020 general elections, which saw the NLD win a majority of seats in both houses of parliament.