Hyderabad, March 4 : The number of active Covid cases in Telangana continues to be on rise as the state recorded fewer recoveries than the new infections during the last 24 hours. 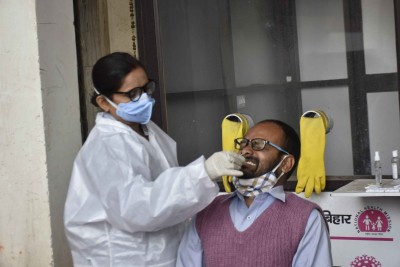 According to the daily media bulletin released by the health department on Thursday, the state added 36 active cases during the period. The total number of active cases now stands at 1,948 including 835 who were in home/institutional isolation.

Two more persons succumbed to the virus, taking the death toll to 1,637.

The fatality rate remained 0.54 per cent against the national average of 1.4 per cent. While 44.96 per cent of the deaths occurred due to Covid, 55.04 per cent had comorbidities.

Greater Hyderabad saw maximum number of cases at 25 followed by Medchal Malkajgiri (11) and Rangareddy (10). No new cases were reported in four districts while in the remaining 27 districts the daily count was in single digit.

A total of 114 people recovered during the last 24 hours, taking the cumulative recoveries to 2,95,821. The recovery rate stands at 98.80 per cent against the national average of 97.1 per cent.

The health authorities conducted 41,201 tests during the same period. As many as 36,003 samples were tested in government labs, 5,198 in private labs.

According to the director of public health and family welfare, cumulative number of tests rose to 88,42,852.

Samples tested per million population climbed to 2,37,583. The daily testing target for the state is 5,600 as per the WHO benchmark of 140 tests per million per day.