Mumbai, March 5 : English actor Benedict Cumberbatch, who currently awaits the release of his upcoming film The Courier, says spies are interesting meat and drink for actors because there’s always mask play and role play, and the shifts are very sudden and quick. 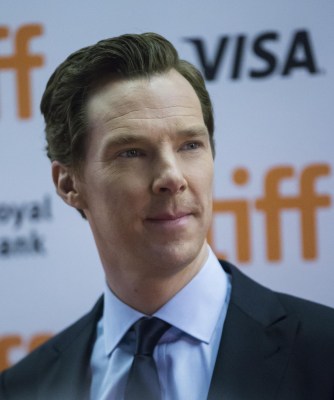 The Courier casts the Oscar nominee as Greville Wynne, a British Businessman who is recruited by MI-6 during the Cold War.

“This guy goes on an extraordinary journey. From being an ordinary businessman, one who is quite severely dyslexic, almost to the point of illiteracy, to being a conduit for the West to get the most important bit of secret information during the Cold War and The Cuban Missile Crisis!” he said.

The British star has always been intrigued by tales of secret agents.

Cumberbatch said: “Spies are interesting meat and drink for actors because there’s always mask play and role play and the shifts are very sudden and quick.”

Directed by Dominic Cooke, The Courier is the incredible story of how an ordinary British civilian helps save the world. The film also features Rachel Brosnahan as well as Merab Ninidze and Jessie Buckley among others.

PVR Pictures is all set to release the film in theatres on March 19.