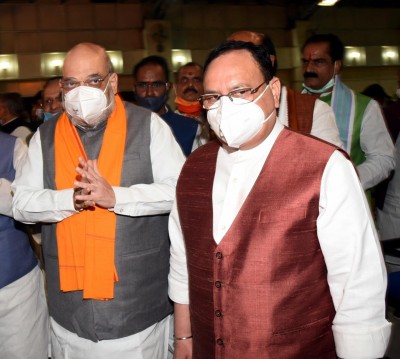 BJP sources said that on wednesday core committee of the West Bengal party unit shortlisted the names of the probable candidates recommended by district units.

“In the meeting going at Nadda’s residence, list of probable names will further shorten before being submitted in the BJP’s Central Election Committee (CEC) which will select the candidates for the West Bengal polls,” he said.

The BJP’s CEC meeting is scheduled for Thursday evening in which Prime Minister Narendra Modi is expected to attend.

Sources said that in the party CEC meeting the first list of the BJP candidates for 60 Assembly constituencies will be finalised. Polling in these seats will be held in the first two phases on March 27 and April 1.