New Delhi, March 5 : Last 23 years have been traumatic for a mother, who is fighting an endless battle to have one sight of her son, an Indian Army man who she believes is languishing in a Pakistani jail after he had gone missing from the India-Pakistan border at the Rann of Kutchh in Gujarat. 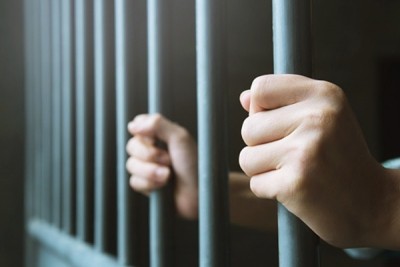 Kamla Bhattacharjee, 81, has moved the Supreme Court with a prayer seeking directions to the Centre to take immediate and necessary steps regarding repatriation of her son Captain Sanjit Bhattacharjee from the Lahore Kot Lakhpat Central Jail, Pakistan. The grieving mother said she is fighting a lonely battle, after she lost her husband last year in November with his last wish unfulfilled: to have glimpse of their son.

According to the plea, Sanjit went for patrolling from 14-19 April, 1997, along with members at the night time on a joint border in the Rann of Kutch Gujarat and Pakistan. However, on the next day, 20 April, 1997, only 15 of platoon members returned without the petitioner’s son and another platoon member, Lance Naik Ram Bahadur Thapa. It was determined that both the petitioner and the other person were said to have gone missing in suspicious circumstances at the time of patrolling. “The Petitioner got a copy of a radio intercept confirming that the Petitioner’s son was captured by Pakistan Rangers and thereafter he was handed over to the Pakistan Army,” said the plea.

“It is submitted that with the passage of time even the faith of the Petitioner’s family started to diminish. However, on one fine day, the Petitioner received a vital piece of information pertaining to the whereabouts of her son, wherein they were informed that he was held in captivity in Kot Lakhpat Jail also known as Central Jail Lahore, Pakistan,” said the plea.

The petitioner immediately requested the Ministry of Defence to extract further information. However, they received a response that no fresh developments were recorded in this matter.

“The respondent appears to have disowned the bravehearts exiling or missing and has demonstrated a high degree of negligence in conducting a result-oriented search for the petitioner. Such act is also prohibited under the Article nine of the United Nations Declaration,” said the plea filed through advocate Saurabh Mishra.

Today, a bench headed by Chief Justice S.A. Bobde and comprising Justices A.S. Bopanna and V. Ramasubramanian after a brief hearing in the matter issued notice to Ministry of External Affairs and the secretary, Ministry of Defence. The bench also asked the petitioner’s counsel to make a list of all such similarly placed Army men who went missing and could not be traced.