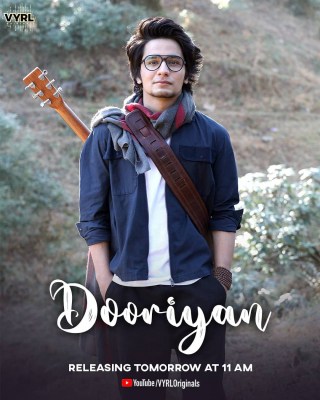 Titled “Dooriyan”, the song about relationships and heartbreaks is composed by Anurag Saikia on lyrics by Kunaal Vermaa. The music video features actors Shivin Narang and Apoorva Arora.

“‘Dooriyan’ is an emotional song and it is close to my heart. The music video will certainly keep the audience hooked till the end. The song not only urges us to introspect but value our loved ones,” says Raghav.

The music video shows Shivin as a guy desperately looking for his partner, played by Apoorva, while memories from their past summarise how often one doesn’t value what one has until it is lost.

“People these days don’t think before they act, and I hope this song urges people to think once before taking any action. I had a great time shooting with Apoorva for this song and it was a lovely experience. Cherishing and valuing love is important and ‘Dooriyan’ touches on that subject,” says Shivin.