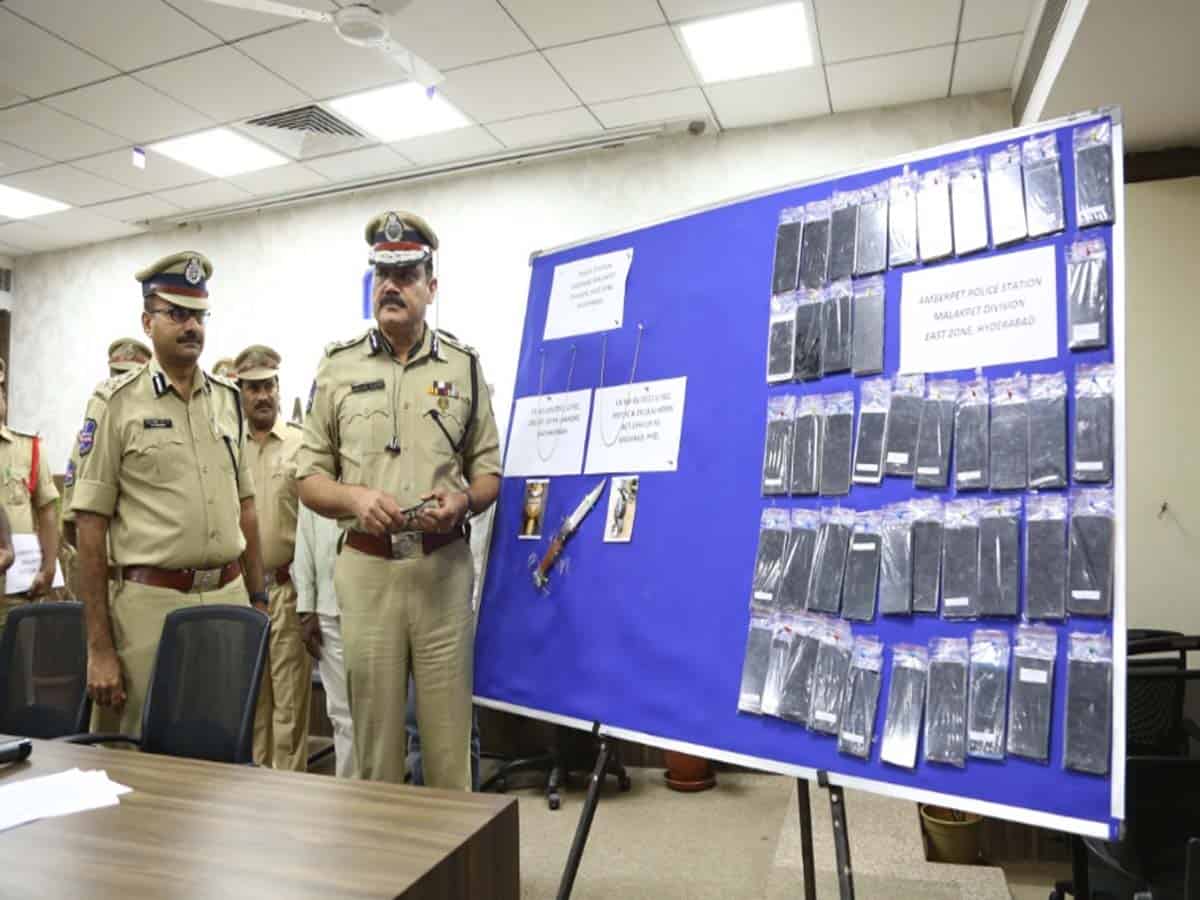 Police Commissioner Hyderabad Anjani Kumar informed media that, the accused Syed Aslam is a notorious offender. He is a school dropout from 7th standard. Earlier he worked as a welder for some time and later he got associated with criminals/property offenders and during the last (10) years he was involved in more than 40 cases of Chain snatching in the limits of various Police Stations of Hyderabad Commissionerate and adjoining Commissionerates.

Earlier he was arrested by various police stations of Hyderabad Commissionerate and sent to jail. Twice he has been detained under PD Act.

After releasing from jail, during the year 2017-18, he was involved in series of Gold Chain Snatching along with his associate Ameer in the limits of Saidabad, Kanchanbagh, Meerpet areas. Saidabad Police arrested him in the year 2018 and in another case of chain snatching from an old woman.

In the month of September 2020, he was released from jail and got associated with a notorious notorious rowdy sheeter Layeeq of Zaheerabad and involved in a Land dispute and committed an offence of attempt to murder, rioting with fire Arms.

He has been targetting the women folk by snatching chains and mangalasuthram.

The police with the help of CCTV cameras has identified the accused arrested and recovered the stolen property from his possession.