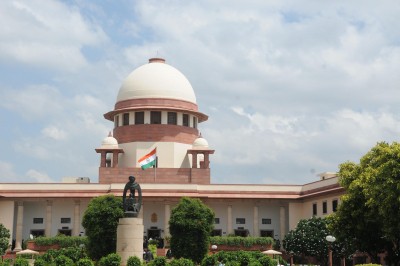 A bench headed by Justice Ashok Bhushan said: “These rules are only guidelines… no mechanism to control (the content on OTT platforms).

“Without legislation cannot control it.”

The observation was made by the top court during the anticipatory bail plea hearing of Amazon Prime Video India head Aparna Purohit against Allahabad High Court order, which declined to entertain her anticipatory bail in connection with the FIRs lodged against her over web series ‘Tandav’.

The top court observed that “uncontrolled and unscreened” viewing of films on OTT platforms is an issue.

The bench stressed that a law should be framed to put in place a mechanism to control the content on these online platforms. “The rules are more of guidelines in nature with no effective measure of either screening or taking effective action against those who do not follow,” said the top court.

The bench also granted protection from arrest to Purohit, who moved the top court apprehending arrest.

However, the top court asked her to co-operate in the ongoing investigation in the matter.

The court also asked the Centre to consider bringing in a law instead of mere guidelines. Solicitor General, appearing for the Centre, asked for two weeks’ time in the matter.