Ahmedabad, March 5 : India lost Cheteshwar Pujara, captain Virat Kohli and Ajinkya Rahane to end the first session of Day 4 of the fourth Test against England on 80/4 at the Narendra Modi Stadium. James Anderson, Ben Stokes and Jack Leach struck to help the England get their noses in the front during the session at the end of which India trail by 125 runs with six wickets in hand. 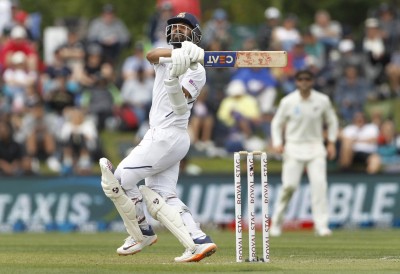 Leach struck first by dismissing Pujara for the fourth time in this series after the latter had made 17 runs in 66 balls. It ended a 40-run partnership between Pujara and Rohit Sharma that had seen India through to the end of play on the first day.

Stokes struck next, dismissing Kohli for a duck. The ball rose on Kohli who ended up edging it to the wicketkeeper. Rahane then tried to up the scoring rate and eventually succumbed to Anderson having made 27 off 45 balls.