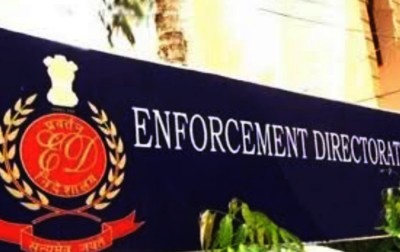 The ED official said that the financial probe agency attached properties in the national capital associated with the NGO — Sewa Sankalp Ewam Vikas Samiti and its sister NGOs.

The official said that during its probe, it was revealed that girl’s shelter home in Bihar’s Muzaffarpur run by Sewa Sankalp Ewam Vikas Samiti was found to be running in a highly questionable manner and several girls reported about violence and being abused sexually.

He said that the main accused Brajesh Thakur, having overall control of running Muzaffarpur shelter home, with other members of Balika Grih, raped girls and perpetrated the crime of sexual abuse, sexual assault, physical assault on deprived and abandoned girl children.

He said, Thakur and others diverted or siphoned off the funds or grants-in-aid received for the welfare of girl children and others and used the funds for his personal gain by acquiring huge movable and immovable properties in his name and in the name of his family members.

The official said that in the same matter, possession of one movable property in the form of fixed deposit worth Rs 2.07 lakhs, in the name of Aadarsh Mahila Shilp Kala Kendra was also taken.

The ED had filed a charge sheet against Thakur and his family members and others has already been filed before a Special PMLA court in Patna on August 26 last year and the court took the cognizance of the same.

The ED action is based on the money laundering probe it launched on the basis of two FIRs registered by Mahila Police Station in Bihar’s Muzaffarpur and one FIR lodged by CBI against Thakur and others for misappropriating the funds or grant-in-aid received from government and other agencies to Sewa Sankalp Ewam Vikas Samiti and its sister NGOs, where Thakur was the de facto owner.

Thakur in connivance with others misappropriated the fund or grant-in-aid to the tune of Rs 7.57 crore and invested the same in his own name as well as in the name of his family members — Kumari Asha, Rahul Anand, Manorama Devi and others for acquiring huge movable and immovable properties including payment of fees for his younger son Mehul Anand’s medical education.