Home Technology Avoid Charging Your Phone From Zero To 100%; It Destroys The Battery.... 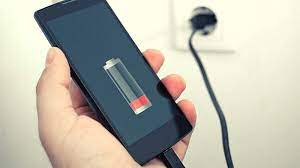 Viral News Boy :- Smartphone users, both casual and enthusiast, are always looking for ways to extend their battery life. While quick charging keeps us charged throughout the day, the lack of replaceable batteries means the lithium-ion cells in our phones will eventually age and deteriorate.

If you’ve had a phone for a year or more, you’ve probably noticed that the battery doesn’t seem to last as long as it used to.

After two years, many phones are still struggling to get through the day on a single charge. Holding on to a phone for more than three years can be problematic for the system’s stability.

Unfortunately, battery capacity deteriorates over time. However, there are several things you can do to help your battery and handset last longer. Here are some scientifically proven strategies for maximizing battery life if you’ve ever wondered what the best way to charge your battery is.

One recurring battery myth is that you need to fully empty and recharge your battery every now and then to remove “battery memory.” This is completely incorrect with lithium-ion batteries. It’s a holdover from the days of lead-acid batteries, and charging your current smartphone this way is actually pretty inconvenient.

For lithium-ion batteries, partial charging is perfectly acceptable and can even improve cell longevity. To comprehend why, it’s necessary to comprehend how a battery charges. Li-ion batteries drain continuous current and function at a lower voltage as they get closer to becoming empty. As the cell charges up, the voltage progressively rises, leveling out around 70% charge before the current begins to reduce until the capacity is reached.

For lithium-ion batteries, partial charging is perfectly acceptable and even beneficial.

Importantly, operating at a low voltage extends the life of a battery by increasing the number of charging cycles available before a significant drop in capacity occurs. According to Battery University, every 0.1V decrease in cell voltage almost doubles the cycle life.

As a result, charging your phone between 30 and 80 percent maintains the voltage low and extends the battery life.

Green indicates a lower voltage charge for the first 65 percent. Start of constant voltage in yellow. For the last 15%, there was a long period of high voltage charging.

In addition, the “depth-of-discharge” has a comparable influence on the total number of discharge cycles before the battery capacity is depleted. This indicates the period of time the battery has been discharged between charges. Smaller discharges, such as 60 percent rather than 100 percent between recharging, can double the battery’s lifespan, and using only 20% can double it again.

Most individuals won’t be able to use up just 20% of their battery between charges, but topping up when you’ve used approximately half will result in a significant boost in battery life over time, especially if you avoid charging to full each time. In the end, tiny, frequent top-ups are far better for Li-ion batteries than long full charge cycles.

Although docks are convenient, you should not leave a device in one after it has reached 100% charge.

Idle charging should be avoided.

Charging overnight or in a cradle during the day is a frequent practice, but it’s not recommended for a variety of reasons (not the least of which being the old “overcharging” fallacy).

First, continual trickle charging of a fully charged battery can induce metallic lithium plating, which affects long-term stability and can result in system-wide problems and reboots.

Second, while the battery is at 100%, it leaves the battery at a higher stress voltage, as we just explained. Third, it generates too much heat as a result of wasted power dissipation.

When a phone is fully charged, continuing to charge it causes voltage and temperature stress.

When a gadget achieves 100 percent battery capacity, it should cease charging and only switch the charging circuit back on to top up the battery every now and again — or, at the very least, reduce the charging current to extremely small quantities.

The parasitic load is a final point worth considering. This happens when the battery is considerably depleted while being charged, such as while watching a video or playing a game.

Parasitic loads are hazardous for batteries because they disrupt the charging cycle and can create mini-cycles, in which a portion of the battery cycles and degrades quicker than the remainder of the cell. Worse yet, parasitic loads that occur when a gadget is completely charged cause the battery to experience increased voltage stress and heat.

While charging, it is not a good idea to play games or watch movies because this will cause charging cycles to be distorted.

Turning your gadget off while charging is the greatest method to avoid parasitic loads. However, keeping the workload minimal while the device is plugged in, and leaving it idle for the majority of the time, is probably more realistic. Remember to unplug it once the battery has been sufficiently charged.

Temperature, in addition to all of the aforementioned, is an important factor in battery longevity. High temperatures, like high voltages, stress the battery and cause it to lose capacity much faster than when kept at lower temperatures.

Temperatures between 20 and 45 degrees Celsius are optimum for maximizing battery cycle life.

The worst of all worlds is a fully charged battery exposed to a high temperature, which is the number one thing to avoid when charging your phone. So don’t leave your phone charging beneath your pillow at night or connected into your car’s dashboard on a hot day.

The most important things to remember are shorter, more frequent charging cycles and keeping your phone cool. Although, depending on how we treat our phones, different phone batteries will always age slightly differently.

What is the most efficient method of charging your smartphone?

Avoid charging for a complete cycle (zero to 100 percent) or overnight. Instead, use partial charges to top up your phone more frequently.

Ending a charge at 80% is healthier for the battery than charging it all the way to 100%.

Fast charging technologies should only be used infrequently and never overnight.

The battery is depleted by heat. When charging your phone, don’t cover it and keep it out of direct sunlight.

To avoid mini-cycles, turn your phone off or don’t play games or view movies while it’s charging.

Lower battery voltages help to extend the capacity of the battery over time. Green indicates a lower voltage charge for the first 65 percent. Start of constant voltage in yellow. For the last 15%, there was a long period of high voltage charging.

Temperatures between 20 and 50°C are good for maximizing battery cycle life.