New Delhi, March 4 : After a long lull post the lockdown, the capital witnessed a major exhibition opening on Wednesday titled ‘On | Site’ at Bikaner House. 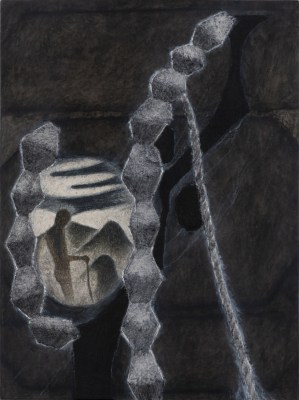 The project embraces distinct programs defined by the identities of each of these galleries and marks a return to collaborative in-person exhibitions. Each gallery is presenting exhibitions programs that include immersive solo projects, curated group exhibitions and installation and moving image works bringing together the works of 40 artists at a single venue.

In a separate building at the Bikaner House, ‘On | Site’ also brings together a special Drawing Salon, presented together by the four galleries. Traditionally viewed as markings, notations, and sketches – often on paper or personal diaries, the influence of drawing and the scope of the Drawing Salon goes well beyond its physical act and explores the medium as thought, as form and as practice.

Alongside the exhibitions programme, ‘On | Site’ will host a number of pre-planned walkthroughs and digital interactions keeping in mind restrictions and safeguards as mandated by regulation.

Shireen Gandhy, Creative Director, Chemould Prescott Road told IANS, “It’s been a year of ‘staying home’ and while galleries opened gradually in the last months as Covid numbers began to decline, several of our participations in art fairs both within and around the world continue to be on hold. As a group of us across India continued to explore ideas and keep in close contact with each other through the months, the need to regroup in a physical space began to emerge.”

She added that the idea of collaborating in a significant way that highlights critical art practices made them think of a cohesive exhibition space via this in-person project between four galleries coming together for the first time in over a year.