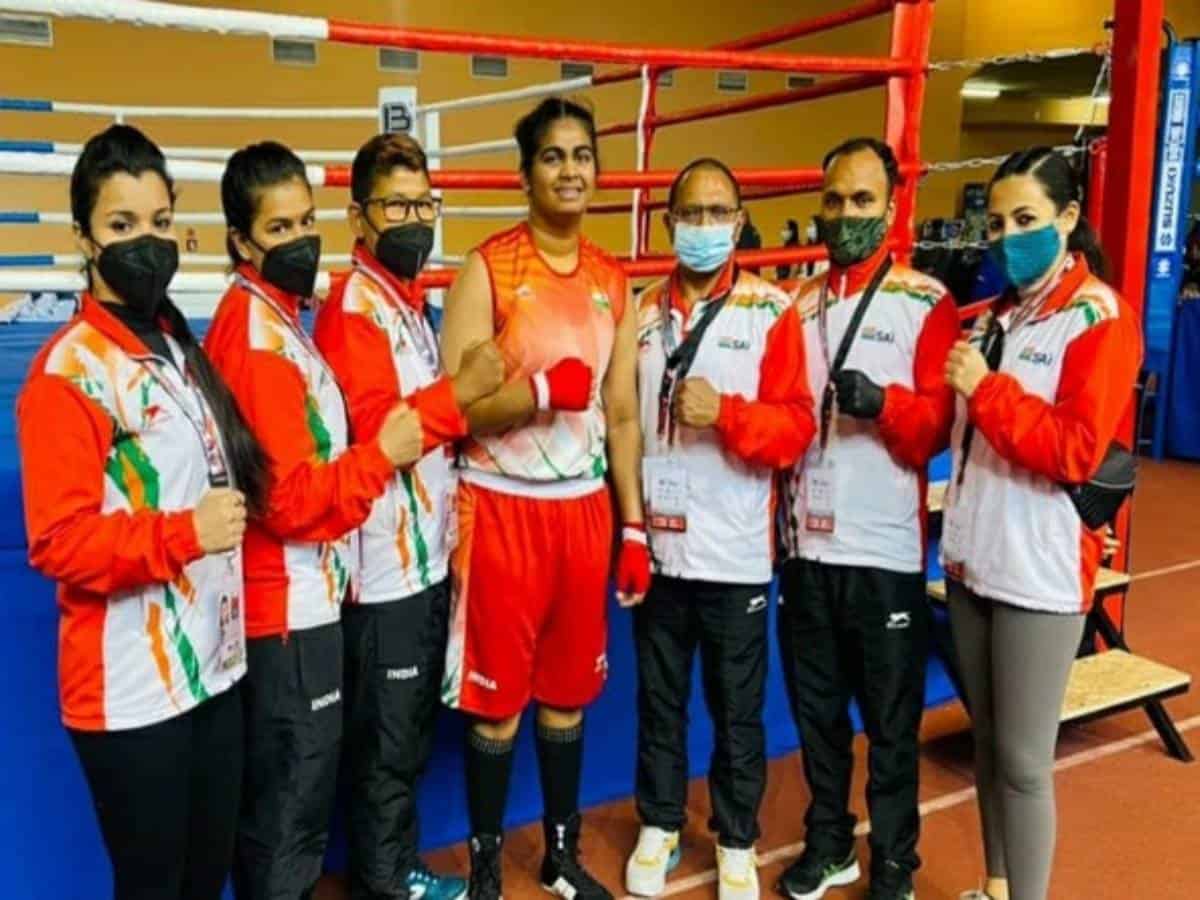 New Delhi: The 2019 Asian Youth Champion Vinka and Alfiya Pathan are among the four Indian women boxers who advanced into the semi-finals on the sixth day at the AIBA Youth Men’s and Women’s World Boxing Championships in Kielce, Poland.

Gitika and Poonam are the other two boxers who entered the last-4 stage and have secured at least a bronze medal for the country. All the four boxers put up scintillating performances in their respective quarter-finals bouts.

Playing in the 57kg category, Poonam notched up an easy 5-0 win against Nazerke Serik of Kazakhstan to progress in the semi-finals.

Gitika (48kg) produced another strong show as she dominated her opponent Romania’s Elisabeth Ostan from the word go with precise punches and swift movement that saw the referee stopping the contest just after the first round and declaring Haryana boxer Gitika as the winner of the contest.

Another Indian woman in action Khushi (81kg) lost her last-8 bout against Busra Isildar of Turkey. In the men’s section, Manish (75kg) and Sumit (69kg) made their way into the quarter-finals in their respective categories with identical 5-0 victories against Jordan’s Abdallah Alaarag and Ladislav Horvath of Slovakia respectively in the pre-quarterfinals.

Rajasthan boxer Arundhati Choudhary (69kg) alongside Naorem Babyrojisna Chanu (51kg) and T Sanamacha Chanu (75kg) will be seen in action on the seventh day as they will play their quarter-finals while among the men, Ankit Narwal (64kg), Vishal Gupta (91kg), Bishwamitra Chongtham (49kg), Sachin (56kg), Manish (75kg) and Sumit (69kg) will fight for a place in the semi-finals.

Get the latest updates in Hyderabad City News, Technology, Entertainment, Sports, Politics and Top Stories on WhatsApp & Telegram by subscribing to our channels. You can also download our app for Android and iOS.