Gandhinagar, March 3 : Three neighbouring states of Gujarat — Maharashtra, Madhya Pradesh and Rajasthan — owe Rs 6,934 crore to the state government for the implementation of the Sardar Sarovar Project, the Gujarat government informed the Assembly during the ongoing Budget session on Wednesday. 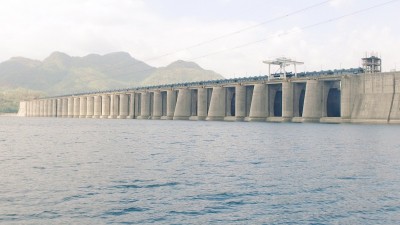 The Sardar Sarovar Dam is a concrete gravity dam built on the Narmada river in Kevadiya near Navagam, Gujarat. The Sardar Sarovar Project is one of the largest water resources project of India covering four major states – Maharashtra, Madhya Pradesh, Gujarat and Rajasthan.

Responding to a querry during the Question Hour, Deputy Chief Minister Nitin Patel said that the states of Maharashtra, Rajasthan and Madhya Pradesh collectively owe Rs 6,934.19 crore towards the project as per the project’s status till December 31, 2020.

Replying to a sub-question regarding interest on the due amount and how much of the amount was agreed upon and how much was disputed, the minister informed that Rs 5, 042 crore was the total amount that was agreed by all the states which included Rs 1,351.33 crore for rehabilitation and Rs 3,690.70 crore as interest.

Replying to a sub-question on what were the steps being taken by the state government to recover the pending dues, Patel replied that monthly letters were sent to the respective governments in the last two years.