Home Lifestyle 18 Things To Never Say To A Woman In A Relationship, Just... 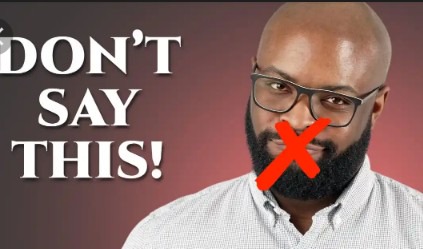 Viral News Boy :- Because they are improper, sexist, and harmful, saying these things will make you sound insecure, entitled, and controlling. Many of these things might even get you fired.

Additionally, some of these statements feed into negative gendered stereotypes. They hurt the ability of every person to define who they are, regardless of gender. Check out some of the things you must never say to your woman.

We could talk about the social, personal, or medical realities of childbirth. Women make complicated and introspective assessments of whether and when to reveal that they are pregnant. But, we don’t have to because whether a woman is pregnant or not is none of your business.

2. “When are you going to have children?”

When presuming to ask when a woman is going to have children, you’re playing right into this assumption. Once again, if a woman wants to share her reproductive plans with you, she will do so when she chooses.

Ovulation, menopause, and other hormonal cycles affect women differently. It’s insulting, and ignorant to assume that any time a woman is having a bad day or is having strong emotions that it’s because of hormones.

Hormones affect everyone differently, but that doesn’t justify treating someone differently or making assumptions about their involvement in someone’s feelings.

Frankly, you would never want to say to anyone “You look terrible today. Do you have the flu? The plague?” No one likes hearing that they don’t look their best. Chances are they’re perfectly aware of how they look.

If you’re genuinely concerned about how someone is feeling, don’t express it by critiquing someone’s appearance.

This question is more insulting when said by a man to a woman because it implies that a man is a much better judge of what a woman should be able to wear. If someone asks you your opinion on their look or is actively seeking advice, share it honestly and kindly.

Maybe you think by saying this you’re indicating that a woman is naturally beautiful. But, notice that what you’re actually saying is, “I know what’s better for you than you do.” How much or how little makeup a woman wears is her choice.

Unless you are a medical professional providing dietary advice or a parent and selling the love of green vegetables, you have no place to tell anyone what to eat.

8. “You would be prettier if you smiled more.”

This particular suggestion is commonly also used as a catcall. So, not only is it sexist but it’s also deeply jarring. A woman does not owe you a smile, nor does she exist to provide anyone something beautiful to look at.

9. “You should feel lucky that you get free drinks when you go out.”

The convention of buying a lady a drink was originally intended as a non-invasive way for a gentleman to express his interest without an introduction. But, some people assume that by buying a lady a drink they’re now entitled to a lady’s time. If a gift comes with a caveat of obligation, it is no longer a gift, it is a bribe.

These statements aren’t clever nor are they incisive, but they will make you look self-absorbed and entitled.

This is another extremely dismissive and extremely insulting thing that you should never say to anyone. 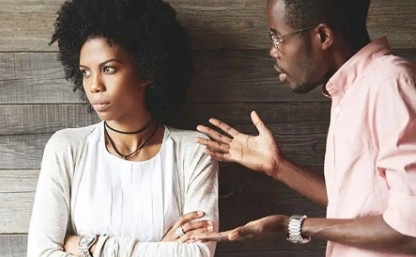 When someone says something is a big deal, it’s not your place to define whether or not it is. You don’t get to decide someone else’s perceptions or feelings.

Fundamentally, you have no right to police how anyone else feels. If they’re feeling emotions and are acting on them, they have every right to do so. This claim is meant to imply that the other person is being irrational and unreasonable.

If you’re going to explain something to someone it is a given that you’re doing so with the intention of being understood.

It doesn’t take much imagination to recognize how backhanded this statement sounds. And then, immediately, say that someone else by virtue of their sex alone might be superior.

There is simply no reason to draw comparisons like this, except to belittle a woman’s achievements. So, just don’t do it.

Just because your mother does something a certain way doesn’t mean it’s the only way. This suggestion not only implies that the woman you’re telling it to is doing something wrong, but it also sets up an awkward competition between the woman and your mother.

When doing this, you’re playing with someone’s feelings and being manipulative. If you’re not ready to be in a relationship, say so even if it ends what you currently have. Pretending won’t make things better and it isn’t easier than just breaking up.

Relationships are all about trust and compromise. As a relationship grows growth from those involved is expected. If a partner shares an opinion about your behavior, take it seriously.

While everyone likes feeling special, the compliment is actually insulting.

Hopefully, what someone giving this compliment is trying to express is, “I’ve never felt this way about anyone before,” or “You are extremely special to me.” So, if that’s what you mean, say that instead. It’s more personal, more meaningful.