Tripoli, March 5 : The International Organization for Migration (IOM) said it has deported 145 illegal migrants voluntarily from Libya to their home country Mali. 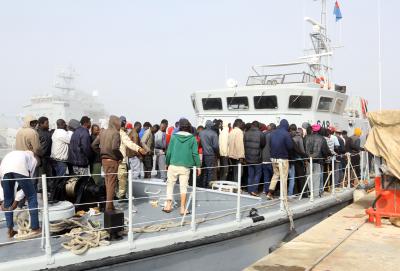 “Amid Covid-19, stranded migrants in Libya continued to register for IOM’s Voluntary Humanitarian Return (VHR) program. This week, 72 women and 73 men from Mali returned home through a VHR charter flight from Tripoli,” the UN agency said in a statement on Thursday.

“Supported by an IOM medical escort, there were nine migrants with medical conditions on board. All migrants were tested for Covid-19 before departure.

“This flight was made possible with the support of the European Union Trust Fund,” Xinhua news agency quoted the IOM statement as saying.

The VHR program, run by the IOM, arranges the return of illegal migrants stranded in Libya to their homeland.

The UN agency also said that 316 migrants died and 417 others went missing on the Central Mediterranean route last year, compared with 270 migrants dead and 992 missing in 2019.

Thousands of illegal immigrants, mostly Africans, chose to cross the Mediterranean from Libya towards Europe, due to the state of insecurity and chaos in the North African nation following the fall of former leader Muammar Gaddafi in 2011.

Immigrant shelters in Libya are crowded with thousands of immigrants either rescued from the sea or arrested by the Libyan security forces, despite international calls to close those centres.

According to the UNHCR, there are currently 44,725 registered refugees and asylum-seekers in Libya.